Today I attended my second Mass in the Extraordinary Form with the The Confraternity of the Holy Cross. Though I had intended to try and make attendance at these Masses a regular occurrence, for various reasons, I haven't actually managed to make one for almost a year. I include below how attendance at my second mass made me feel. It shows my gross lack of understanding of Mass in the Extraordinary form but I hope that it may prove useful in highlighting some of the difficulties devotees of the rite may come across in reintroducing it to Catholic practice. 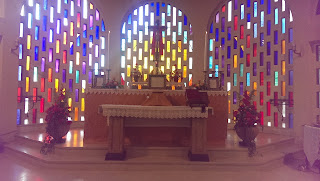 In a previous post, I related how my first experience of Mass in the Old Rite left me feeling curious rather than spiritually enriched, especially as I perceived that there was a greater divide between the role of the priest and that of the laity. I felt this to be particularly evident during times of silence when the priest appeared to be performing his tasks for which the laity were irrelevant. [1] On this occasion, this impression was lessened by the fact that the Mass was accompanied by an organ and a choir. I was able to concentrate on the beautiful music and this drew me into the Mass to a degree I had not experienced on my first visit. I even chanced my arm and joined in for the Credo and Sanctus.

As I'm not sure what I'm supposed to be doing during the periods of silence so this time, I decided to say the Divine Mercy Chaplet as Mass started at 3pm. I was able to concentrate on the chaplet to a greater degree than was usual which was a pleasant surprise and spiritually gratifying.

Though I left Mass feeling slightly more comfortable than last time, I still have more questions than answers. I find it rather odd than the laity can be saying or singing prayers whilst the priest whispers his own at the same time. Likewise, the priest asks for the people's assent to his prayers at various times through out the Mass but for all we know, he could have been thinking about his shopping list or asking to win the lottery.


I definitely need to put some time and effort into understanding what is expected of the priest and the laity during Mass in the Extraordinary form if I am to address the frustrations I experience when I attend it! 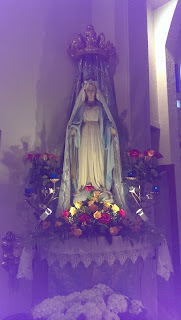